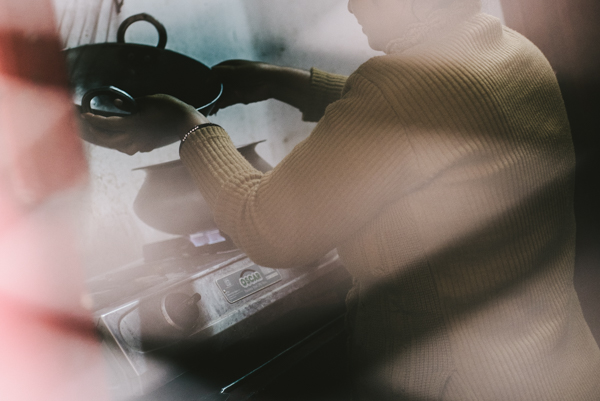 A widow at 33 and faced with the burdensome task of raising three children while overcoming a crushing debt, Jabima cried for seven straight days.

Her hair is tied back into a firm, low bun, and sleeves of a tan cardigan are pulled midway up her forearms. Practical. She doesn’t pause to think, or rush, but continues to work in the same flat, even pace with which she speaks. She answers questions with sufficiency, but reservation, carefully leaning away from an answer that would give profile to the true and painful contours of her reality. There are no cracks, no vulnerabilities. Just a woman sitting before you, preparing a meal like she does every day.

Jabima grew up in a poor community in Kolkata. Her mother prostituted herself in order to keep Jabima and her siblings in school, and food in their stomachs. Jabima was a callow 16-year-old when she met and fell in love with Ramit—seven years her senior and the son of local brothel owners. In a whirlwind romance which fractured tradition, the pair decided to marry. Despite the disapproval of his parents, Ramit made Jabima his wife and brought his teenage bride to live in his family home.

Back then, Jabima knew nothing about cooking. The day after the wedding, her in-laws waited expectantly for their meal while a nervous Jabima fumbled with an onion and egg. She put both in a pot with rice, covered it with water, and waited until it cooked. Unimpressed with the paltry offering, thereafter Jabima’s begrudging mother-in-law took over lessons. It was an unhappy household, and there was a lot of fighting.

Desperate as their present situation was, Jabima knew that the exchange of her freedom for the rupees the line could offer would disparage her mother’s own sacrifice.

For a long time, Ramit didn’t have a job, and his parents persistently prodded Jabima towards the trade. However, Jabima had grown up in the red light area and watched her own mother sell herself in order to keep her and her siblings beyond the trade’s reach. Desperate as their present situation was, Jabima knew that the exchange of her freedom for the rupees the line could offer would disparage her mother’s own sacrifice. And so instead, she held a white-knuckle grip on poverty—the only option that was better. Gaining a job at Sari Bari, a freedom business with centers dotted around Kolkata’s most infamous neighborhoods, offered Jabima dignified work and reprieve from the pressure of her in-laws.

Despite the enduring tension between the women in his home, Ramit remained the jovial and carefree man Jabima had fallen in love with. With a tenderness in her tone, Jabima recalls this time when life had a certain lightness to it. Together she and Ramit had three children, whom Ramit spoiled. Things started looking up for the young family when Ramit landed a job as a truck driver. Buoyant and optimistic, Ramit took out large loans and started building a home for Jabima and their children in the village, away from the bustle of Kolkata. After spending her childhood growing up around brothels, and much of her married life enduring the dogged pressure of her in-laws to enter the trade, at last the future beckoned Jabima with a promise of freedom. 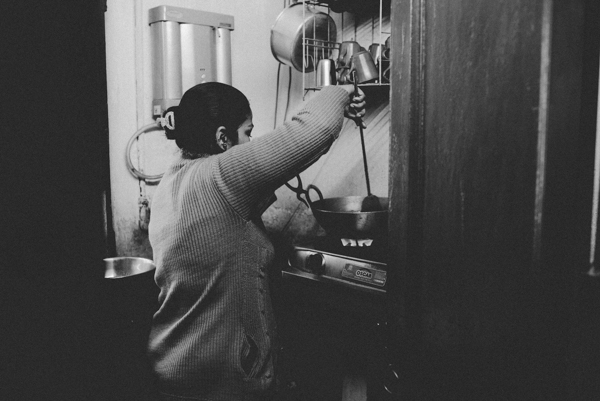 Then, before they had a chance to move into their new home, Jabima’s dreams fell in torn pieces around her. On November 30, 2012 Ramit was admitted to the hospital and, tragically, never came home. In her guarded, matter-of-fact fashion, Jabima offers nothing more about her husband’s untimely death and moves on quickly with her story.

The future, which for a brief moment had offered hope, was now a capricious tease. A widow at 33 and faced with the burdensome task of raising three children while overcoming a crushing debt, Jabima cried for seven straight days. In the midst of the grief over losing the man she loved, she felt suffocated by the fear of how she would manage alone. “There is all this debt, and I have to raise three kids. I can’t do it. How will I do it?” Jabima remembers thinking. She sold jewelry she had carefully treasured, cashed in Ramit’s life insurance policy, and rented out the house in the village that had been intended for their new future. But it wasn’t enough. For a time Jabima thought she would kill herself. As grief-filled days drew on, she pleaded with God, “If I’m not going to die, then please show me a path.”

Though the course marked ahead of her proved trying, the women of Sari Bari rallied around Jabima in the months following Ramit’s death, lending her the encouragement she needed to keep going. Sari Bari’s stitching rooms provided Jabima a peaceful place to work, away from the tension of her home life. The wages she earned from threading blankets and bags provided the thin margin Jabima needed to maintain her dignity, keep her kids in school, and manage her household. Sari Bari also helped Juma to negotiate with lenders to drop the crushing weight of interest charges as well as arrange a manageable repayment method. 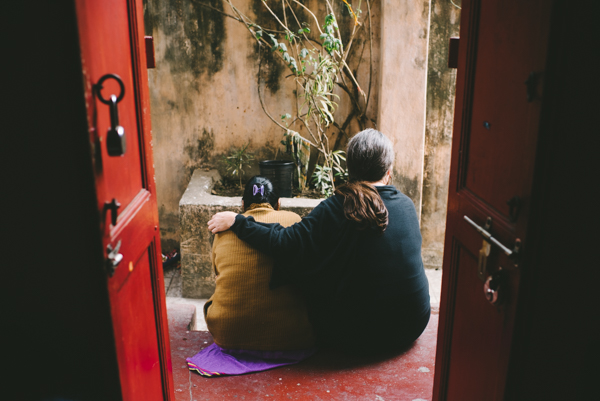 It’s been three and a half years now since her husband’s passing, a vacuous infinity where hope has been hard to find. Rupee by rupee, Jabima has been repaying the loans, but the remnant still looms over her, trapping her in her in-laws’ home. Some days, Jabima says, her mother-in-law will deliberately soil clothes and force Jabima to clean them. For Jabima, tradition and circumstance dictate a loyalty and submission in which she is well-versed. Her daily cooking, cleaning, and subservience ensure a roof over her head.

Jabima counts it as suffering to have married for love and, with a heart still heavy, says this was her life’s biggest mistake.

Jabima counts it as suffering to have married for love and, with a heart still heavy, says this was her life’s biggest mistake. But with laden steps she has rediscovered companionship as she has trod along grief’s weary tracks. “My son is a friend and partner,” she says. Last year, he got a job in the army and had already been measured for his uniform when he pulled out; he couldn’t leave his mother. He is determined to forgo marriage and stay with Jabima, hoping he can get a good job and support their family so that—one day—they can leave this place together.

“He understands my pain,” says Jabima of her son. She is quiet and looks down. An aching, silent pause follows and fills the room, wordlessly articulating the strain of a life lived between hope and hopelessness, love and loss. Jabima raises her head. Her features are pulled into a slight frown, and she looks on with the same endurant gaze with which she must face each day. “One day I hope we will be able to move away from here and live in a good place,” she sighs, studying the wall for a brief second. A woman once spurned by hope, she speaks with little conviction. “I don’t know what is possible,” she concedes with a shrug of her shoulders, “but before I die, I want to see that my children are taken care of.” Her eyes drop back to her hands. She is a woman, seemingly unaware of her own strength.

“Pray for me,” she says. And she continues working. 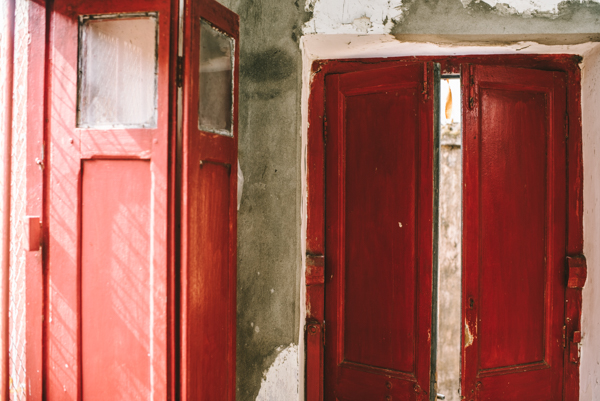 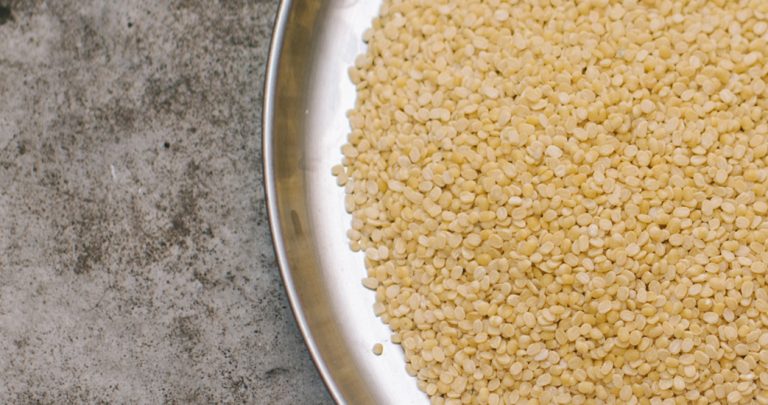